A part of the history

Stig Carlsson(1925 –1997), the famous Swedish sound engineer, created during a life time the principles of the ortho acoustic (OA) speakers. One of his first patent in Sweden was created 1953 and was about the first loudspeaker interacting with the walls and the ceiling in the listening room.

More should follow and at least 15 different models were produced during the -50, -60 and -70. In the beginning, much was about the reflections in the listening room. But in the -80 when the corporation with John Larsen in Skillingaryd (South Sweden) started the focus moved to the relation between direct sound and the reflections.

At that time Stig seemed to have found the right balance and the result of the corporation with John ended up in three new models OA51 (the first) and then came, not quite logical, OA50 and then OA52.

Stig was the constructor and the designer and John was the one who carried out Stig’s ideas. At the time Stig had no fax and absolute not a computer at that time so all communication was by phone and meetings. Most by telephone. Stig told John and he recorded it on his drawing board. John even build the prototypes, organized the production and guess how many he mounted himself. It was a lot and it went even more when he 1995 assumed the production in his own firm Larsen Hifi AB. Just two years after Stig passed away 1997. 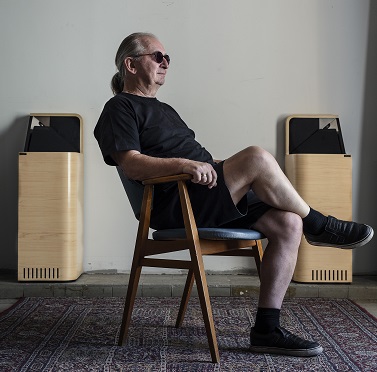 John continued another ten years to produce Carlson Ortho Acoustic Speakers. But when he took the decision to stop and retire, he got a reaction he had not suspected. People from all around Europe contacted him with one very clear message: You are not allowed to stop building OA-speakers!

After a while he was on the horseback again and 2009 Larsen 4 was ready to enter the market. His new partner Anders Eriksson made a terrific job on the computer and John on the CAD and in the factory. The result was pretty good! Within a year Larsen 6 and Larsen 8 was born. The rest is history and more than 1500 pair of speakers are (September 2019) spread all over the world. So far! But much more is left. With the new premium line: Larsen 9 we have started a new product line which hopefully will enjoy many new listeners.

A bric-a-brac is the fact that 2009 Stig Carlsson posthumous was awarded by the Swedish magazine “Hifi & Musik” as “The greatest hifi-personality in Sweden” through John Larsen. They got it for “Invaluable contributions within hifi and music”. A real nice way to celebrate a 16-year long collaboration which brings a piece of Swedish hifi history to new generations. 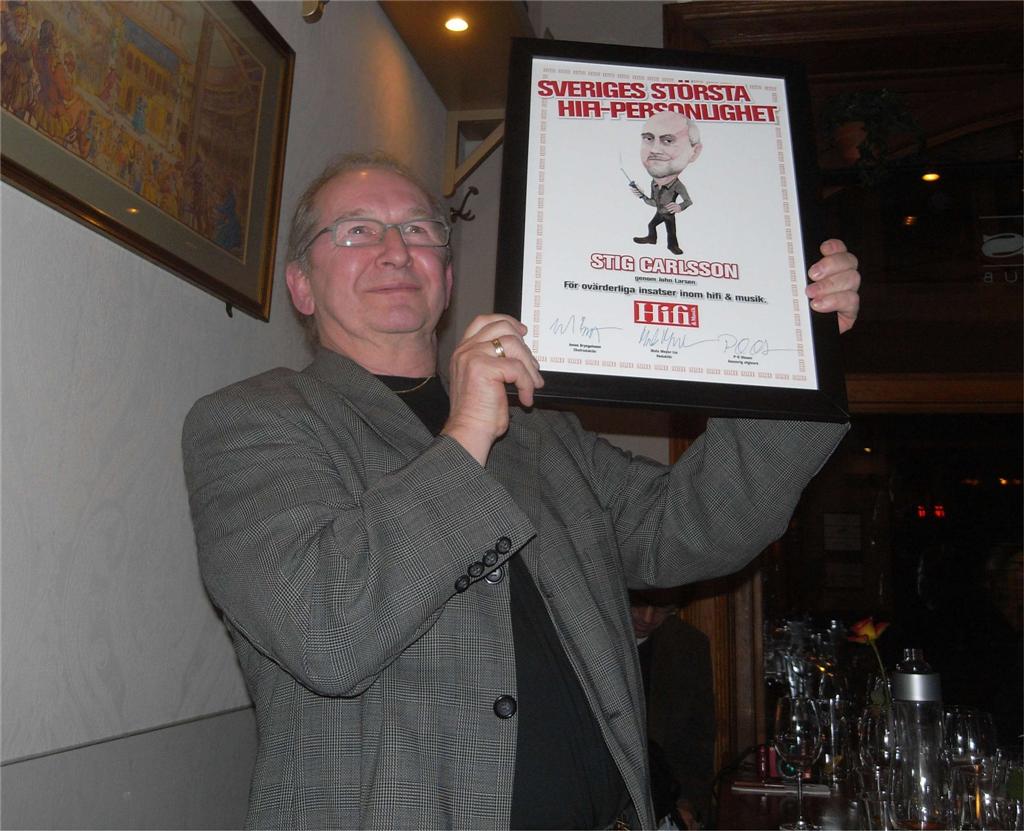